Our grafting began early in life when words still failed us. Those nascent days defined us like a horticultural integration, for I was the scion and Crystal was the rootstock, blending our energies into a superlative inosculation of growth. As our lives diverged, we never lost the salient genetic amalgamation of our creativity and imagination. With every espying of the other, we found immediate familiarity in the chance encounter. Our kinship never expired. 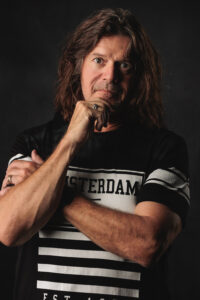 As a youth, I first observed the savagely creative muse who I now have the privilege of partnering with. In the early encounters, I witnessed her tenacity and energy in what seemed an unrelenting desire to express herself in the world in a meaningful way. I found myself in awe in those early days as she created her very own Narnia.

I would be 21 years old before I encountered her creativity resonating within me. Desiring to pursue my Dionysian proclivities of art, writing, poetry, and epicurean discovery, I encouraged her gaze in the development of my talents. While our lives took different paths, our connection always remained inosculated to the exiled regions of my neglected creativity. Now, 30 years later, my homecoming to the Muse has been facilitated by her generous partnership in Firefly Horizons Under Hummingbird Skies.

In the consanguinity of her sagacity and wit, I find the inspiration of a transcendent assurance in a future that promises the tensions of fulfillment, ambivalence and ambiguity. Her magnetic innervations remain today in the alchemy of this subsequent venture to a more considered journey. 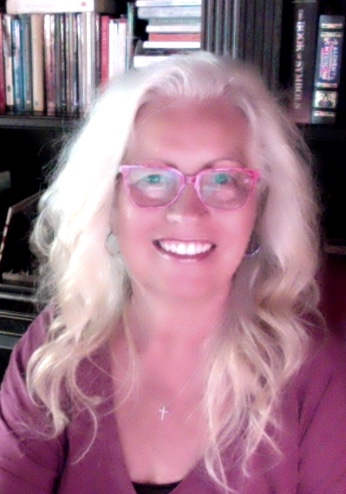 The youthful Dionysian first entered my sphere in a youth program and later reappeared as a young man seeking his Heroes Journey and spawning ideas, concepts, and thoughts that I could connect with. In those early days I was greatly stimulated with imagined projects and ventures that might arise out of his ideas. I could not help but notice him as being recherché; of another world or time. Together I imagined a great expression of creative function.

As our lives took different paths, I looked forward with anticipation to moments when we might reconnect to that energy which once stimulated creative imagination and thought. It would be 30 years before we could once again arrive at this place where our imaginations could join forces and revive the promise of our creative union.

Being one of the most profound thinkers I know and possessing the Philosopher’s Stone, he heals with both gentle gaze and thoughtful language. The invitation into his subsequent venture was a type of homecoming for me, for such an opportunity has always held longing within me. I am finding a great fulfillment in the partnership of Firefly Horizons Under Hummingbird Skies.