Creating a subsequent life out of the remains of ash elucidated the potential for rebirth. Rising from the flashing embers after experiencing several losses, Steve has painstakingly suffered himself, as a costly sacrifice; financially, emotionally and spiritually resulting inevitably in the reconstruction of his future. The archetypal character Cullen Bohannon received words from a sage at the nexus of his own life which spoke to Steve prophetically, “You’re not yet an old man, Mr. Bohannon. But you are no longer young. I advise you to reflect on what to do next. Whose company you choose to keep. Your subsequent venture will likely determine the shape of your life.” 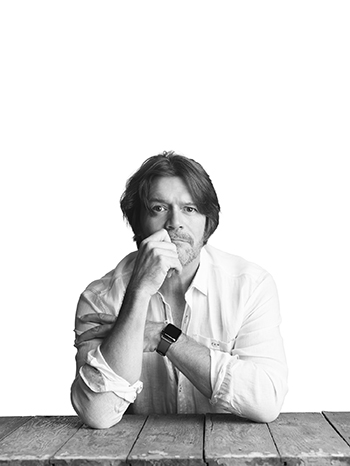 Like a river that bursts its bank, its causal is not of its own volition. The revolution to shift course in one’s life is no easy task, and no one willingly chooses such pain. Being initiated by extreme loss, then pressured to conform to other’s expectations, Steve was renitent to succumb implicitly and explicitly to assumptions and narratives placed upon him that were not his own. Although initially circuitous, he was able to ground himself, cautiously individuate, and set a new course on his “Subsequent Venture.”

With insight and compassion, Steve is prepared to share the vulnerability of his story with those who are ready to glean understanding through the experience of another’s soul exploration.

Steve has always seen himself as a man out of time. Like many of you, he is driven by the ghosts of his unlived life… And he has entered the soup of his soul to reverse engineer this phenomenological state through the recrudescence that pondering, musing, and writing can deliver. Steve holds tightly to his vow to be true to himself in his subsequent venture. In his nascent emergence into clinical therapy, he remains confident only in the certainty that he does not know what he does not know.